In Gaza for 6 weeks, November 17 – December 28, 2010,  to photograph and make a movie, I write the following as my personal assessment, checked with local people. 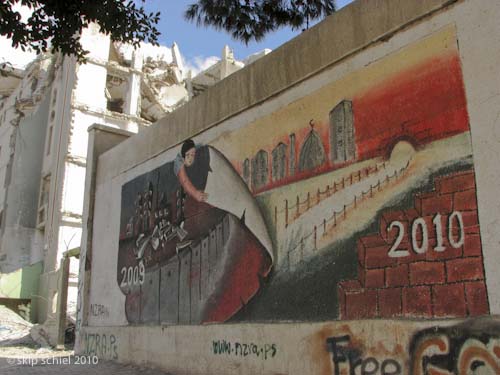 …Five months [after Israel promised to ease the siege in June 2010], there are few signs of real improvement on the ground as the ‘ease’ has left foundations of the illegal blockade policy intact. In order to have a positive impact on the daily lives of the 1.5 million Palestinians in Gaza, half of whom are children, Israel must fully lift its blockade of the Gaza Strip.

—”Dashed Hopes: Continuation of the Gaza Blockade,” a report by a group of humanitarian aid and human rights organizations

The claims of the organizations, as they appear in the [Dashed Hopes] report, are biased and distorted and therefore mislead the public…

—Major Guy Inbar, spokesman for Israel’s Coordinator for Government Activities in the Territories (quoted in “Report: Israel’s easing of blockade has had ‘limited effect’” by Kareem Khadder, CNN) 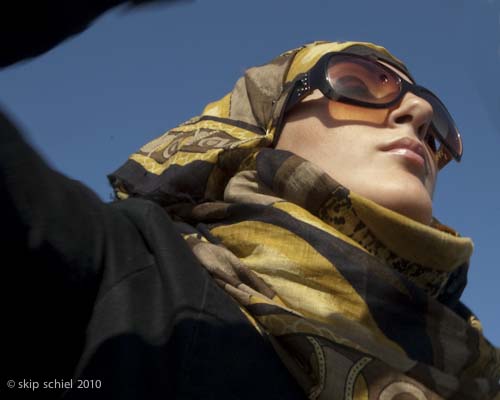 The Gaza Strip lies on the eastern shore of the Mediterranean Sea, the Levant, Egypt on the south, Israel on the north. For most of recorded history, 5000 years, various people have occupied the region. All the occupations but one have ended. For most of those 5000 years, despite periodic violence, a variety of people coexisted in the Strip, including Jews, Christians, Muslims, Greeks, Romans, Egyptians, Phoenicians, Philistines, Assyrians, and others. Some say China may be the next to occupy.

Approximately 1.5 million now people live in Gaza, more than three quarters of them refugees. The majority are descendants of refugees who were driven from or left their homes during the 1948 Arab-Israeli War. Children comprise roughly half the population. Rhode Island, the smallest of the New England states, is 7 times larger than Gaza (with a population of roughly 1 million). The camps are among the most densely populated regions in the world. Israel controls all the borders, land, sea, and air.

In January 2006 Israel imposed a siege after Hamas won a general election in Gaza and the West Bank; observers including former President Jimmy Carter monitored the election and declared it free and open. In June 2006 militants attacked an Israeli military base near Gaza, killing 2 soldiers and capturing Gilad Shalit, in captivity in Gaza since then, perhaps around the corner from my home. On December 27, 2008, purportedly to stop the firing of homemade, poorly targetable rockets by Gazan militants into civilian areas of Israel, Israel, using weapons provided by the US, pounded Gaza for 22 days—Operation Cast Lead. This killed approximately 1,400 people, injured another 5,000, more than 75% of them civilians. Thousands were rendered homeless and because the siege blocks most construction materials many people remain without permanent homes.

The UN’s Human Rights Council commissioned an investigation led by the eminent South African jurist, Richard Goldstone. Israel refused to cooperate. The Commission found that Israel and Hamas—Israel by far the greater perpetrator—committed probable war crimes and called for credible investigations by both parties. Neither has responded adequately. Failing to conduct those investigations, the Commission recommended bringing the case to the International Criminal Court.

The United States congress and administration and Israel, along with some other nations, condemned the report as one-sided. The story of the investigation has not yet concluded. 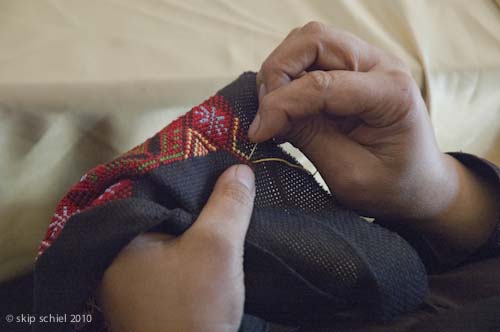 The purported easing of the siege

Since Israel claimed to relieve the pressure on Gazans following international condemnation of its attack on the humanitarian aid ships on May 31, 2010, more food is in the stores, there is some new construction (usually floors added to existing buildings—many buildings remain unfinished, languishing for years), people are not openly starving, many beg and sell small items on the street, many storefronts are shuttered. I’m told there are items to buy but little money to buy with. Power outages are frequent; people then use generators which are costly to run because of fuel and effects on the environment. There are many cars in the streets, but most are old. (I’m told new cars imported from Israel are suspicious: they could contain surveillance equipment.)

The UN claims little has changed, as do most other international organizations that have researched this topic. Israel alone, probably backed by the USA, claims there is no humanitarian crisis. I believe the crisis is severe.

Israel controls the northern border into Israel, called Erez. My most recent passage was the smoothest yet (of 5), which means little for Gazans wishing to leave for medical treatment in Israel, or for many internationals, especially those with Arabic names, who wish to contribute humanitarian services and are blocked. I ask, what right does Israel have to control entry? What if Canada demanded the right to control entry to the United States?

Egypt, with the participation of the USA and Israel, controls the southern border, Rafah, into Egypt. This has been open more reliably since the humanitarian convoy debacle. How long no one knows.

Hamas is rebuilding its security forces, which include civilian police. I see them training in the street and in open fields.

Aftermath of the assault of 2008-2009, Operation Cast Lead, which itself followed regular attacks at least since 2000, the beginning of the Second Intifada (uprising or shaking off)

Many are still sharing homes with family, unable to rebuild after their homes were demolished. Many are still suffering major injuries, with little opportunity to leave the region for more specialized treatment. A major share of the children—and many adults—experiences some form of post traumatic stress disorder.

The medical services suffer: exhausted supply of medicines, no cure for cancer in Gaza, no spare parts, no new equipment, no chemicals for machines like blood testers, irregular power so dialysis machines might quit, and little opportunity for advanced training for staff either because of Israeli entry restrictions or Israel  won’t allow exit. No humanitarian crisis? 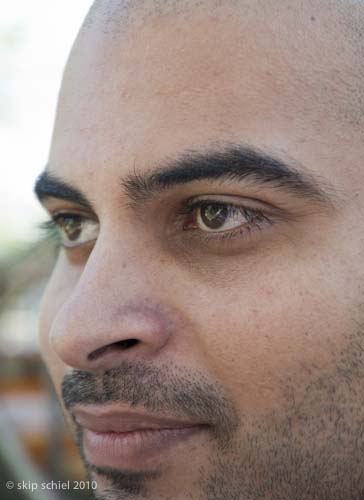 Hamas, controlling Gaza, and Fatah, controlling the West Bank, continue their adversarial relationship. As if mortally locked in conflict, lunging and clawing at each other, they seem unable to reach concord. Many Gazans believe this fighting is foolish, and tho perhaps favoring one party or the other, advocate unity. My good friend Ibrahim was seriously wounded in 2007 when with friends he was trying to nonviolently stop the violence.

A remarkable feature of the Gazan dynamic is the absence of a moderate voice. One is expected to take sides, and those who are openly critical of Hamas risk ostracism, at least. More severe punishment could include imprisonment or execution.

Women suffer, not only from strictures invoked by Hamas but from the generally very conservative atmosphere. Most cover their hair with the hijab; many shroud their entire body, tip of head to ankle; some wear the burka, the face covering.  To refuse is to risk punishment. Unmarried couples may not appear together in public. I observed couples along the beach and in parks sitting quietly together in guarded moments, isolated from others. In the summer of 2009, Adham, another good friend, was detained when discovered on the beach with a woman not his wife. They were dressed in their street clothes. 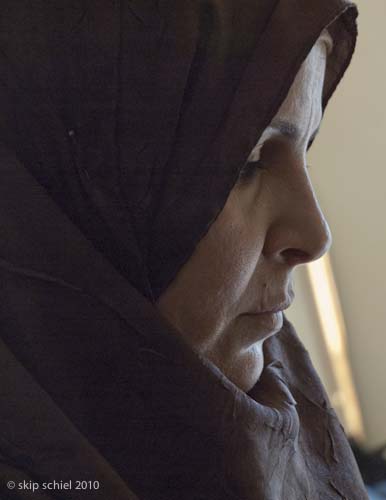 Many of my younger friends have left the country, usually for higher education. These tend to be the most educated, with the most skills, and the youngest of the adult population. Some say they will return when and if conditions improve. Some will never. Others are returning, often from Arabic countries, but they tend to be older, with fewer skills, retired, and often needing support, rather than able to offer support.

Expectations about the USA

Dismal, to say the least. Viewing the Obama presidency, at least regarding Palestine, as a failure. More words than actions, big promises and a recent bizarre offer of massive military aid, allegedly some of it newly developed F-35 fighter jets (20 of them valued at $3 billion) that have not even entered the US arsenal and blocking all UN resolutions critical of Israel, in exchange for Israel extending the settlement freeze for 90 days, one time only. Thank god this was withdrawn.

Named the Quaker Palestine Youth Program (the word America notably missing), they work in one primary area, teaching college age youth leadership and community building skills using highly interactive methods. Then requiring each graduate or coach to recruit a group of high school age youth to offer the same training. With the requirement that each group decide on a community service project and implement it, each project in turn requiring contributions from the community. Examples are a founding a library, landscaping a desolate area, offering first aid training. The program is called Popular Achievement and it is very popular, now in its 6th cycle.

Because Hamas controls all its rivals, and they were the ones kidnapping foreigners like me, I feel reasonably safe walking the streets of Gaza City alone. However, unlike during my visit one year ago, I notice more people seem suspicious of me when I try to photograph. A friend confirmed that using the smaller of my two cameras is wise—ah, he’s just a tourist. Being a tourist or foreigner itself is conspicuous. There are very few tourists. I am stared at constantly. When with a Gazan, like the voluble Ibrahem who attached himself to me recently while I was out strolling, I often have more access to people. In fact, with children it can be a problem. They all want their photos made, and often ask me to send them by email (which I dutifully do)

Photographing any military, security, or even governmental structures is forbidden. One must obtain a permit from the municipality, i.e. Hamas. A few weeks ago I was walking with Mona al Farra, an activist, physician, and project director of the Middle East Children’s Alliance  in Gaza. I began photographing a former ministry building destroyed 2 years ago by Israel in Cast Lead. A security fellow stopped me. Mona told him, what are you doing? This man is going to show the world what the Israelis have done to us. She persisted, he relented, walked off. I photographed. Later she confided to me, Palestinians are not very smart when it comes to media. We tend to be stupid, paranoiac, and self destructive. 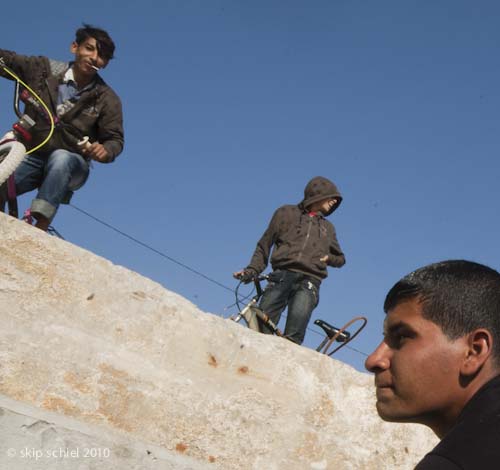 The role of non-governmental agencies (NGO’s)

Needed of course, like the AFSC but I ask, do they foster the siege of Gaza and the occupation of the West Bank? Shouldn’t the perpetrators of illegal activities be required to recompense their victims? Possibly Israel and Hamas will be brought to international courts and if they are found culpable—Israel disproportionally more than Hamas I’d wager—shouldn’t they be required to compensate their victims? In many parts of the world this would be required. Not so in this region. Why not?

Endurance is high, tho it could decline. Despair is present, but I have little insight into this. I suspect the line between hope and despair is very slender. It might be shriveling. I’ve noticed that people such as the Gazans and oppressed people generally tend to be the most hospitable, appreciative, and with the most fortitude. I speculate that this is because such attitudes are survival mechanisms. Someone has noted that most of us no longer must concern ourselves with predator-prey relationships. A relative first in human history. That earlier concern may have contributed to awareness—avoid being eaten and search for the next meal. However, in Gaza one never knows when the next drone will fire a missile, when the next machine gun will target farmers in the buffer zone, when the next bout of water-induced disease will strike. One must be alert to all possibilities. And I believe this creates endurance. I feel it myself. The excitement of living in Gaza is dangerously intoxicating and infectious. 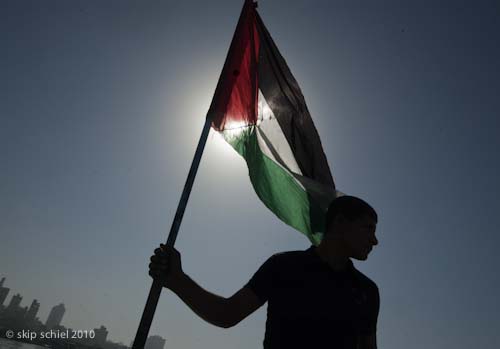 “Gaza closure: not another year!” International Committee of the Red Cross

Checkpoints and Barriers: Searching for Livelihoods in the West Bank and Gaza & Gender Dimensions of Economic Collapse

“Real Hope Is About Doing Something,” by Chris Hedges

My photos and blog